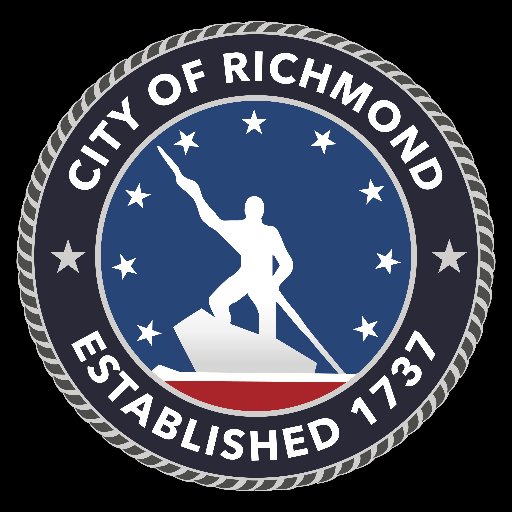 Public comments began with Christa Donohue. She is the Executive Director of Read to Them, a non profit organization that is the host of annual read to a child week. She thanked the city council for promoting Read To Them Week in schools.

Charleta F. Shorts spoke in opposition to the creation of a Civilian Review Board. While she agrees that the Richmond police department is out of control, it  should not be taken over by outside dictatorship. As such, she asks the council to not enact the task force recommendation.

Charles Skelly, the President of the Richmond Building and Construction Trade and Business Manager of IBEW Local 666, spoke on the use of labor organizations.

After public comments, Council Vice President Robertson asked to move item 42, ORD 2021-294 to the consent agenda. This was approved by the council members.

Then, public comments were open for those who wish to speak in opposition to any items on the consent agenda. A woman spoke against ORD 2021-278, item 11, which is to “authorize the special use of the properties known as 6900 Patterson Avenue and 6904 Patterson Avenue” for up to seven family dwellings,  or office space, etc. While she lives in Henrico county, the building in Richmond borders her. She was unhappy with this ordinance, as there would be many traffic and safety issues and insufficient parking. She discussed that there is not a single crosswalk around that area, so the building would be a mistake.

Another person, Katherine, also came to speak against the building. Her home was built in 1902, and feels like her property is the only one truly impacted by the building. She argued that the road on Charles Street and Patterson Avenue has heavy traffic and that there is a lack of architectural congruence. There is not a single family dwelling with three stories in the neighborhood, so it does not fit.

With the end of comments, councilmember Addison addressed their concerns. He sees that traffic issues are present, and urges the people to request a speed table if they wish. He reassures them that “we can make good change” and that “we are listening.”

Council president Newbile also wanted to comment that she spoke with residents on item 25, ORD 2021-295 in regards to the use of certain properties for commercial use. She spoke to the residents and will work on the safety concerns they have articulated.

After this, the regular agenda was opened up for discussion, with item 29, ORD 2021-299. This ordinance is “to authorize the special use of the property known as 111 B North Lombardy Street for the purpose of restaurant and retail uses and other uses…”

Amendments were given to the council, but Councilmember Jordan wished to ignore the amendments and instead have the original paper up for discussion. She believed that the amendments make it harder to address the complaints from residents.

Councilmember Jones  was very critical of this increase in tax rate, and does not  want to hear that simply giving more money will help black and brown communities. It is not about the city collecting more funds, it is that the funds must be allocated differently. They must “invest in communities that have been divested.” Council president Newbile attempted to interject or question during his talk, but he asked her to let him continue his train of thought.

In regards to Councilmember Jones, Chief of Staff Saunders felt disappointment in the mayor and administration. He pushed that he does care about the southside and asks them to respect that “we are giving you all our best.”

A resident made a public comment agreeing with Councilmember Jones. He and his son got priced out of their neighborhood and is frustrated that bike lanes were added to attract certain demographics, and yet there are still no sidewalks!! Raising taxes does not help these communities, but only affects those most vulnerable.

Councilmember Addison added on, stating that all residents are being burdened by these assessments.

Councilmember Trammel also argued that her people can no longer wait. She repeated, “You all don’t know my district.” Many of her residents would come to her and say, all we need is a job. As such, she and her residents were excited for the casino, which would have offered many jobs with nothing coming out of the city’s pockets. She grew emotional during her comment, the frustration evident when speaking of her residents’ struggles and the failure of the casino referendum.

Vice Council President Robertson is also frustrated with the term equity. What does it mean in this city? Is it just money to the private sector for private sector housing, with no affordable housing options? Why must we go to the General Assembly for help? We need opportunities for all our residents. She has always fought for affordable housing during her time on the council.